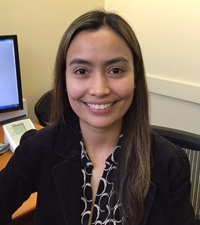 Dr Rodriguez graduated in 2003, having spent eight years studying medical technology, medicine and surgery at the prestigious University of Santo Tomas in Manila, Philippines. She worked in a couple of hospitals in Manila where she gained superb experience in a range of departments including paediatrics, obstetrics & gynaecology and emergency medicine.

Susana relocated to the UK back in 2005. She was initially based at St Mary’s Hospital in London and subsequently at hospitals in Cheshire, Dorset and Hampshire where she undertook roles in surgery, the emergency department, elderly care medicine, paediatrics, general medicine and obstetrics & gynaecology.

In 2008, Susana chose family medicine (General Practice) as her specialism and embarked upon a programme of rigorous training with the UK NHS. Having completed her training in 2011, she worked as a General Practitioner in Hampshire, UK where she enjoyed a wonderfully diverse group of patients and then joined us at Brighton Beach Medical Centre in July 2015.

Susana has a special interest in dermatology - as well as offering the full range of General Practice services, she also practices dermoscopy which is a specialist technique that uses polarised light to assess a huge variety of skin lesions and other conditions and is an important aid to the early detection of skin cancers.

Susana has very high professional standards but is also extremely personable and enjoys forming good, sincere relationships with her patients. She's community-spirited, is fluent in both English and Tagalog (Filipino language) and welcomes you to come in and see her.

﻿
All general practiceservices including
Our Doctors
Patient Resources